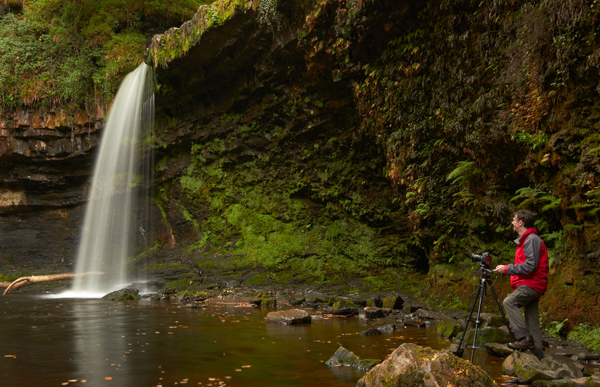 The weather is overcast and threatening rain, but I'm desperate to get out shooting. So I need to find a location that doesn't rely on beautiful skies and light... It's the last weekend in September, and the trees are just starting to take on some autumn colour, so I decide where better than the waterfall country in the Brecon Beacons for some inspiration.
After driving the hour and a half or so we park in Pontneddfechan, and start the walk along the footpath alongside the River Neath, and then follow the Afon Pyrddin. Okay, so the river level is fairly low, and the waterfalls aren't overflowing with water, but it's still a beautiful location, and full of potential. So using a 17-35mm lens with polariser on the D600, I set-up my tripod and start shooting some classic images of the spectacular Sgwd Gwladus. From there we walk back down the river, stopping occasionally to shoot the cascades and amazing colours. Then it's a bit of a trudge back to where the Afon Pyrddin meets the Neath and follow this north to catch a few more waterfalls.
After about six hours of shooting and walking, and taking around 100 shots, I'm ready for the walk back to the car, and to find a good fish and chip shop for a well-earned fish supper!
Okay, so there's nothing particularly original or revolutionary about the shots, but it's just great to be out shooting pictures for me, for a change! 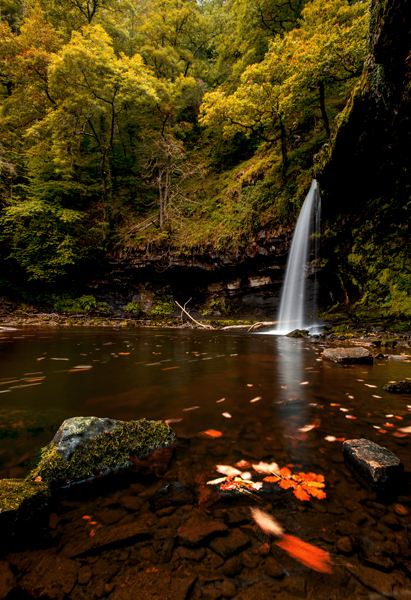 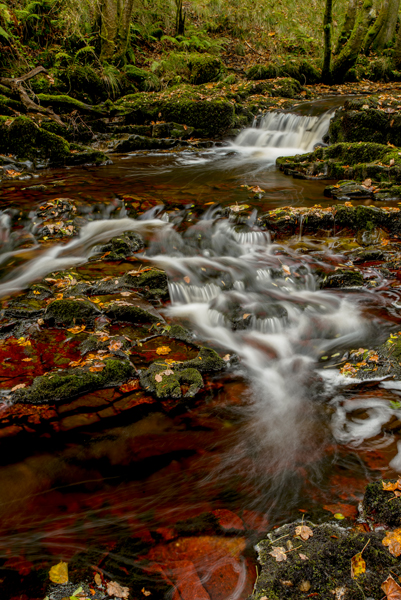