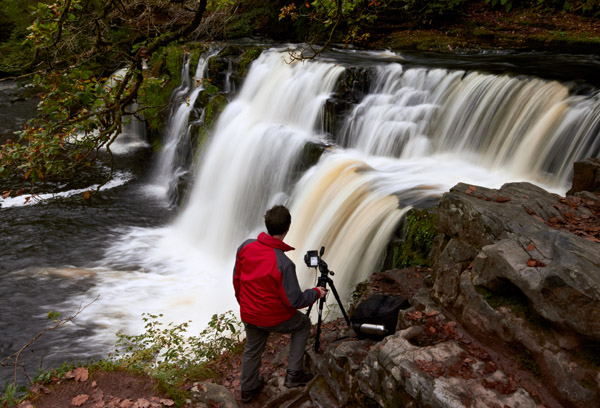 Another weekend, and I'm back on the hunt for waterfall shots in South Wales. This time we've parked near the bunkhouse at Clyn-gwyn, and walked down to the footbridge over the Afon Melte. From here it's simply a case of following the footpath closest to the river and stop wherever we want. Unlike last week there's more water around, thanks to some pretty heavy showers during the past week, and there's even a hint of blue sky and sunshine.
This 'footpath' isn't solid and well-made like last week, though. It's been washed away in places, and to get down to Sgwd Clun-gwyn waterfall involves a bit of a scramble down the side of the valley. But it's worth the slipping and sliding to be back at this stunning waterfall.
After taking more shots than I really need to (it's always tempting to get just one more shot!) we head further down the river to Sgwd y Pannwr.
So that's another few hours 'wasted' shooting yet more pics of waterfalls, but hey, it's better than watching Saturday afternoon TV! 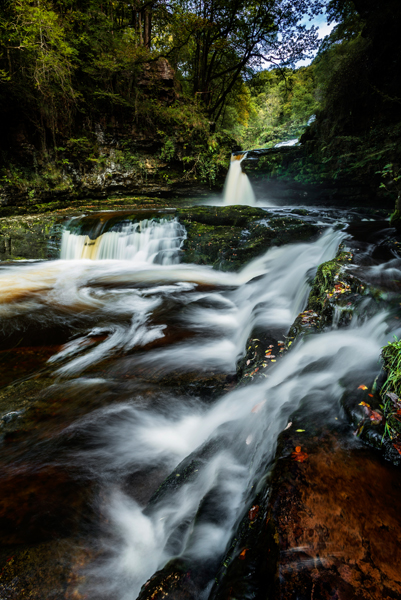 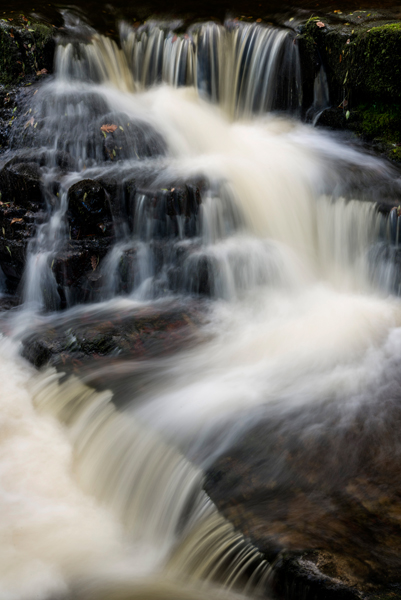