24/11/2013
I've spent the last week shooting the Cornish coast, so expect plenty of seascapes to be added to the latest images gallery over the next week or so once I've had a chance to sort through and process all of the images.
But one evening spent shooting Porth Nanven, just north of Land's End, made it clear how crucial timing is to landscape photography. Over the course of the week I'd been rained on, battled gales, watched overcast skies and even had to endure a few hail storms, but this evening was almost perfect. There were plenty of clouds scooting across the sky, but also plenty of breaks to let the setting sun through.
So I found a position that I was happy with, set up my tripod and waited. We all know that shooting early or late in the day usually produces the best lighting conditions, but over the next hour or so I was treated to one of those sunsets where the light, cloud, sea and atmosphere changes almost every minute ... from light raking across the beach and cliffs early on, to subtler tones as the sun finally disappeared beneath the horizon, I probably took 20 or 30 images, all with their own character and appearance.
So, which one is best? Well, my opinion changes almost as quickly as the light did that evening, but at the moment I'm torn between the classic shot taken around 20 minutes before sunset (the first image shown below) and the more serene, cooler image that I shot around 10 minutes after the sun had set (the bottom image shown below).
So when is the best time to shoot landscapes? When all of the elements are 'right' obviously - although no-one can predict exactly when that might be - my best advice is just to get out there, wait and take a hot drink with you! 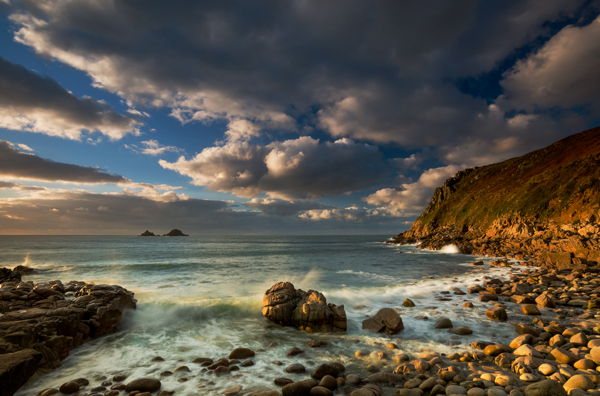 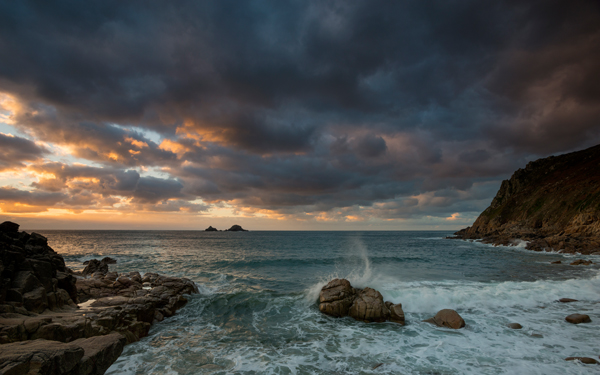 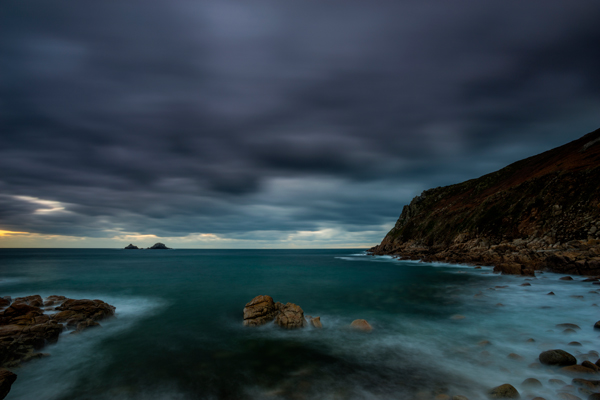