Henryhd Falls may not be the most beautiful waterfall in South Wales, but it is supposed to have the highest single drop in the region. It’s located a little way from most of the other waterfalls in the region, near the village of Coelbren. This is just off the A4221, which you can find by following the A4109 north from Glynneath (following the signs for the show caves). After around 4 miles, this becomes the A4221, and after about another mile you take the right at the crossroads (signposted to Coelbren and Henrhyd Falls). Carry on through the village, then turn left at the junction, where you’ll find the car park just a short distance up the hill.
From the car park there’s a well maintained path down to the river (although it’s a little steep in places). At the bottom you turn back on yourself, to cross the river and it’s then a short walk to get to the waterfall itself. To photograph it you’re best bet is to take the steps down to the river just before the waterfall, as everywhere else you’ll find your camera will get covered in spray. Even from this position you’ll need there to be little wind to avoid the spray when the river has plenty of water in it (and if the river is low the waterfall can become little more than a trickle!).
It’s also worth taking a waterproof jacket, as you can easily walk behind the waterfall, which is worth it just for the experience, rather than any photo opportunity! 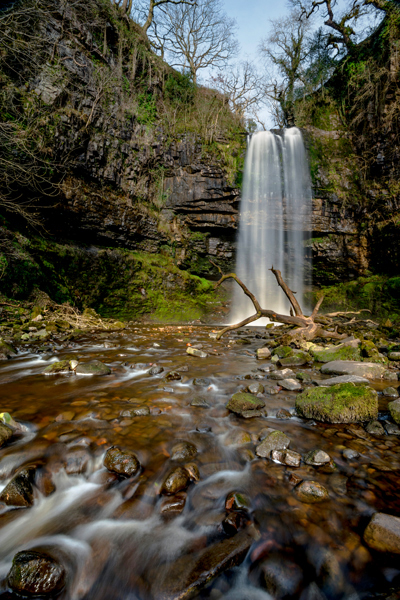 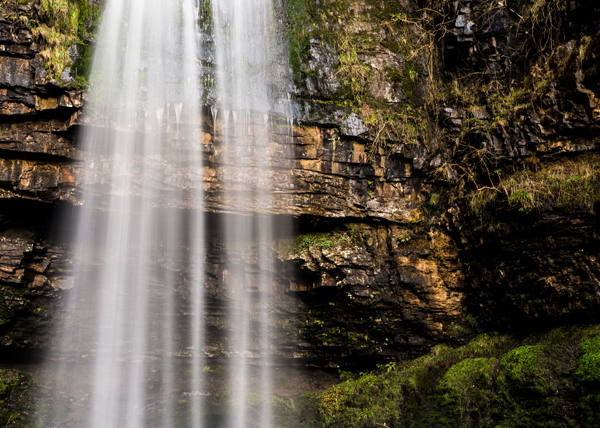