Valley of the Rocks, Lynton, Devon

With a large car park only yards from the south west coast path, the Valley of the Rocks is one of the most accessible landscape locations if you're not keen on walking too far. There is a charge for the parking until 6pm, so it's worth taking along some change if you are going during the day.
From the car park you can take a walk along the coast path, but there are also a few less obvious paths dotted around the small rocky 'peaks' of the valley. It's worth walking up Castle Rock (the'peak' close to the roundabout in the road that runs through the valley) to get a view of coastline and tower at Duty Point.
Wherever you go it's the views along the coast that dominate the experience, ar the towering cliffs drop down to the sea. The coast faces north-west, so it's best visited at sunset, especially during the summer.
Talking of summer, there's also a cricket pitch in the valley, which is a slightly odd sight among the craggy peaks and outcrops, particularly when there is a match going on. 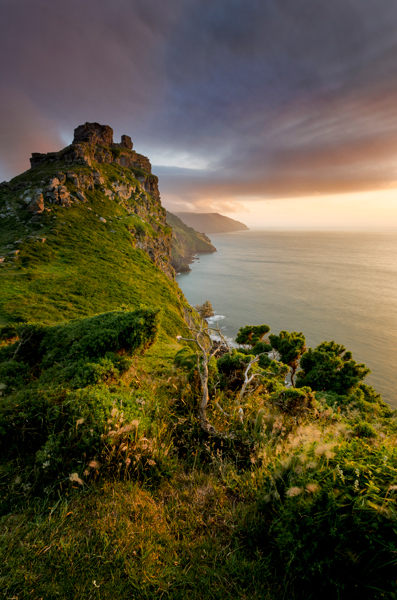