Located just north of Land's End, the main feature of Sennen Cove is its beautiful sandy beach, nut there is also a great little harbour with a sea wall and jetty. There are a couple of large car parks, so it's easy to find space to park as long as you don't visit in the middle of the holiday season.
The beach faces almost due west, so it's a sunset, rather than sunrise location, but the jetty and harbour is on a headland that faces almost due north, so you may get a sunrise shot during the summer at this part of Sennen. The main beach is pretty, but very open, so I'd recommend walking north along the beach to a more rocky area of the beach. This also means that you'll avoid most of the crowds, as it's a popular area (particularly with dog walkers), although don't expect to be completely alone, even in winter.
The other main thing to bear in mind on this open, west facing beach is the wind. There's almost nothing between here and North America, so it gets the wind straight off the Atlantic Ocean. 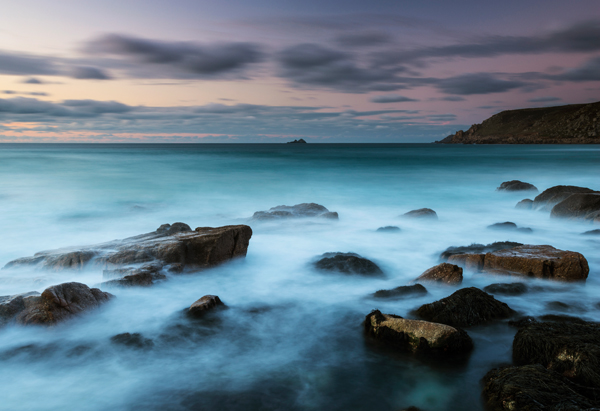