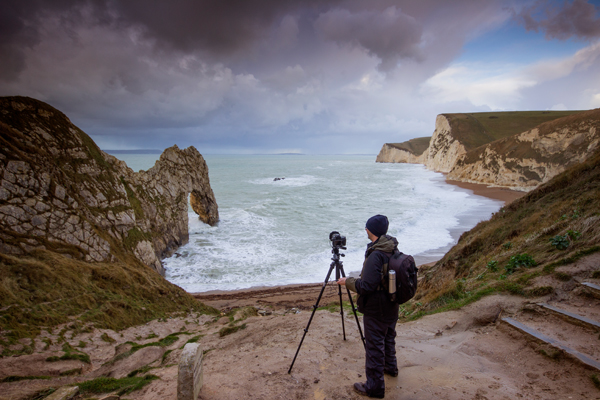 Shooting Durdle Door, Christmas day morning
What's the picture got to do with Christmas? Well, while most sane people were tucked up in bed dreaming of a new XBox or some festive socks, at 5.30am on Christmas day morning we were packing the car ready for a trip down to the south coast! This early morning trip has become something of a tradition, as long as the weather forecast doesn't have thick cloud.
So, with the promise of rain showers and some sun we were walking the mile or so from the car park to Durdle Door just before sunrise. The forecast was pretty much right, as there was plenty of stormy cloud, and we'd even seen some lightning on the drive down. So after a short detour due to some rockfalls along the normal footpath, we arrive at Durdle Door, only to find that the beach is closed due to more rockfalls and collapsed cliffs!
So, a quick change of plan was in order, and we followed the steps down to Man o' War beach to the east of Durdle Door. After setting up the camera and taking a few shots, the first of several showers started (complete with hail, just to add that Christmas atmosphere)! This is where a good set of waterproofs come into their own (along with the flask of coffee), allowing us to stick around while the showers cleared and finally get down to some photography.
So, was it worth the effort and dragging myself out of bed? Of course it was, for my money there's no better way to spend Christmas day than stood on a beach waiting for the sun to come up, but there were several times that morning that we both had to ask why! 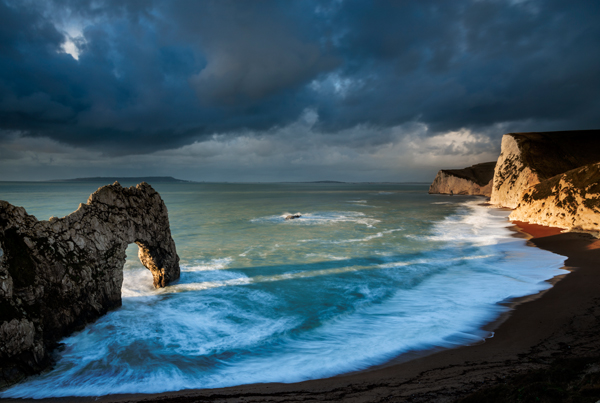 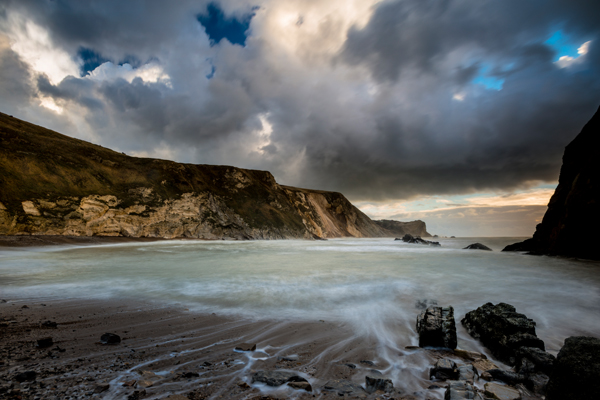