The striking headland of Nash Point is reached via the small road from Marcross, heading towards the lighthouse. Just before you reach the lighthouse you'll find a car park, which you'll have to pay for either at the small cafe or the attendant.
From the car park it's a short, but steep, walk down to the shore where you'll find angular rock formations and the iconic yellow cliffs. At the highest tides it can be difficult to get out far enough to see the headland itself, but at low tide the sea is far away from the cliff. So, it's best to shoot around an hour before or after high tide to get both sea and headland in the frame. This means that it can be a race against time (and tide) as you will need to move quickly to catch the perfect composition. Being west-facing, the sun will set over the sea, so it can also be difficult to get it and the cliffs in the same frame. 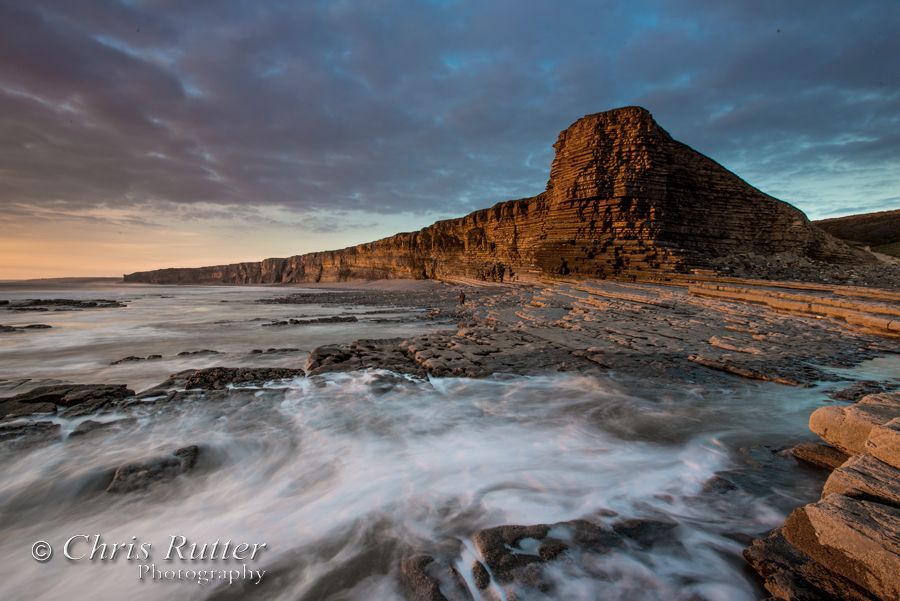