There are three main bays on the Flamborough headland on the north east coast just outside Bridlington - the north landing, Flamborough Head and the south landing. As the name suggests, this one lies on the south-facing part of the coast, which you reach from the B1255 from Bridlington, then the B1259 heading towards the lighthouse. Before you leave Flamborough there’s a right turn signposted to the south landing, along with the lifeboat station, which you follow for a few hundred metres until the pay and display car park on the left. From here it’s a reasonably short walk down the road to the shore.
Like most coastal locations, what you will find will depend on the tide. At low tide there’s a wide, open and rocky beach, while at the highest tides there is only a small area of beach. One of the best conditions here is somewhere mid-way between these two extremes, as this gives the best opportunities to use the chalk boulders and rocks that are just below the high tide line in the foreground of your shots.
The main landing is good for both sunset and sunrise during the winter and early spring or late autumn, where the sun will still be visible over the south east or south west. In summer the sun will be hidden behind the cliffs at both sunrise and sunset, making it more difficult to shoot successfully. 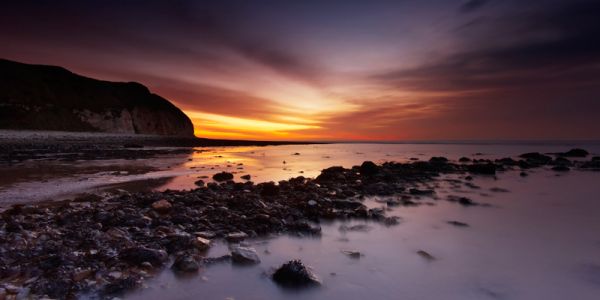 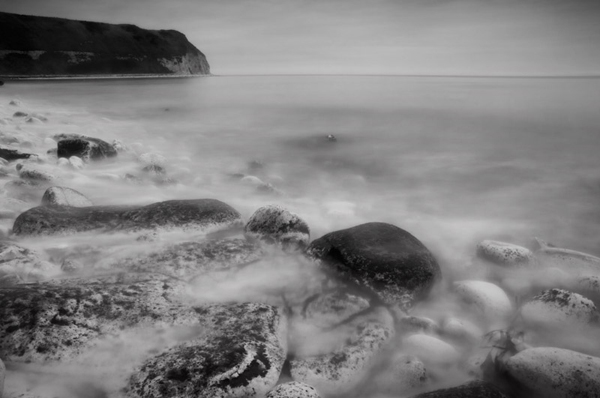